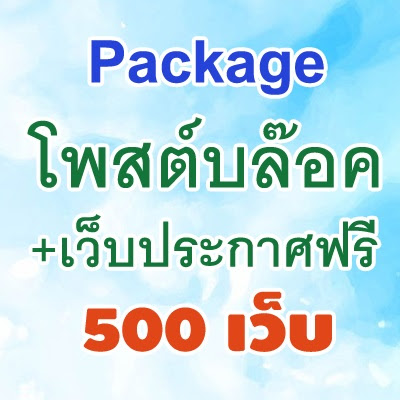 9 Tip to surviving in multiplayer Call Of Duty Black Ops II
MILLIONS OF PEOPLE ARE BETTER AT BLACK OPS II THAN YOU. HOW DOES THAT MAKE YOU FEEL? SAD? PATHETIC? INSIGNIFICANT? ALL THREE? WELL WE CAN FIX ALL THAT WITH OUR HANDY GUIDE TO SURVIVING IN MULTIPLAYER

1. POINTS MEAN PRIZES
The biggest change to the Call Of Duty multiplayer set up this year is the new Scorestreak system. Rather than relying on kills, you can earn your streak rewards through points – which makes objective-based modes more effective at unlocking these rewards. It’s important to remember this during each match so you know how best to proceed. In Domination, defending is just as important at capturing the points. You’ll get 125 points for a defence kill, rather than the usual 50, so it can pay off to play for the objectives rather than just kills.

2. HARDPOINT
This is the only real new mode in Black Ops II, so it’s important that you know how to play it. It’s basically a version of Headquarters, but with larger capture areas that are specifically tailored to each map. You don’t need to stay inside the area to collect points, however, so capture it then find a vantage point overlooking it. Once the enemy takes it you’ll know there’s someone in the general area, so check each of the entrances in turn before recapturing it for your team. Claymores and Bouncing Betties are particularly useful, too.

3. KNIFE ATTACKS ARE SILENT
If you find yourself behind an enemy, you might be tempted to gun them down. But if you don’t have a suppressor then shooting an enemy will make you appear on the map for all your enemies to see.
To avoid going loud, consider using your knife instead. It’s rare that players will turn around to check their flanks – if they do just gun them down, you have the advantage – so if you can sprint up to them before they disappear around a corner, you can get a silent kill, keeping you good and hidden.

4. SUPPORT ROLES
Thanks to the Scorestreak system, it’s now possible to be the team player in Call Of Duty much more effectively. Sticking to support style Scorestreaks will earn you additional points, too. UAV is the easiest of the lot, requiring only four kills worth of points (three with Hardline) to activate, rewarding you with ten extra points for any kills your team achieves during its activation period. Other Scorestreaks, such as the two turrets, are particularly effective for building your score. Deploy the Guardian turret in a defendable area and each time an enemy runs into it you’ll earn 25 points.

5. PICK A FAVOURITE WEAPON
Changes to how attachments work from the original Black Ops means you probably won’t want to regularly switch weapons. Each weapon you use has a separate experience level: use it more and you’ll unlock additional attachments for it. It depends on the type of weapon as to when an item unlocks, but in most cases the decent stuff is left until later. By all means try a new weapon when it unlocks – how would you have a favourite without doing so? – but sticking with one will be more rewarding in the long run.

6. DON’T HANG AROUND
You won’t unlock the Ghost perk until the very last level, 55, but even when you do, it no longer properly hides you from a UAV like in the first Black Ops. Stand still and a UAV will still pick you up, so it’s important to keep moving. Even without that perk, however, it’s just good practice to keep on the move. This isn’t Battlefield, the maps are smaller and if you stay in one place for too long the enemy will figure you out. If you like to use buildings as cover, pick two or three to alternate between to avoid becoming predictable. Kill two or three enemies, then move on.

7. CHANGES IN MAPS
A couple of maps are a little more dynamic than the others, and it’s important to know how to use this to your advantage. Express, for example, will have a train speed through the station, crushing anyone caught in its wake. It’ll last a while, so use the ruckus – and blocked path – to flank any enemies on the other side. Cargo, on the other hand, has a series of crates in the centre of the map that are moved around by the crane above. Use this to kill enemies as it moves, and avoid using them as cover for yourself if at all possible. Knowing the pattern of certain areas can give you the advantage.

8. HOW TO USE THE SHOCK CHARGE
This new tactical grenade acts like a concussion grenade, stunning players when they walk within
proximity. Don’t be tempted to use this like a grenade, however, the delayed detonation will make it awkward to use effectively in direct combat. Instead use it to defend areas. Since the maps have many different routes around – which you should make an effort to learn – place one of these at an alternative entrance to ensure you’ve got your back covered if you’re planning on hunkering down. Remember that Shock Charges can be placed on walls and ceilings too, so try to make them as
inconspicuous as possible for better effectiveness.

9. ADAPTABILITY
Scorestreak loadouts need to be customised according to the type of player, and while we’ve tried to cater something for everyone, Black Ops II’s class system really allows for some personal touches.
So while you might prefer to stay quiet, equipping suppressors and reducing visibility through perks, the equipment might change. Some maps, such as Hijacked, are far too small to manage with an LMG, so equip an SMG instead: you can still have the suppressor (in fact they unlock sooner). Create
variations of your favourite loadouts and switch between them as your need changes.

TOP 10 VIDEO GAMES OF ALL TIME